Formula 1 is seen by many as the pinnacle of Motorsport. The narratives and epic races that F1 has produced over the years have convinced millions of people to tune in every year to watch their favourite drivers compete. Those drivers bring the entertainment, but there is no Formula 1 without the constructors. The Horsepower Rankings will rank the constructors every week based on their performance relative to their expectations.

This week’s rankings comes after the Hungarian Grand Prix at the Hungaroring last weekend.

There is nowhere else to put Mercedes except right at the very top. The German team have been atop Formula 1 since 2014 and 2020 will probably be their year as well. The protagonist of this story is none other than 6 time champion, Lewis Hamilton. Hamilton was breaking records for fun at his favourite track. Not only did he become the first driver to win three times in a row at the Hungaroring but his victory there was eighth in Hungary, matching Michael Schumacher’s record for most wins at any one track. Hamilton’s lap to earn himself a record-extending 90th pole also happened to be a track-record for the Hungaroring. Hamilton’s lead was unchallenged throughout the race and this weekend he became the first man ever to lead in 150 Formula 1 races.

Mercedes are in a league of their own this year. Lewis Hamilton lapped every single driver up to Alex Albon in P5.

Better than the rest

Speaking of Alex Albon, his teammate is a god. It is genuinely unfortunate that Albon, a man who has finished top 6 in his first 12 starts at Red Bull, who has had two podiums robbed from him by Lewis Hamilton and who raced superbly on the weekend to drag his car from P13 to P5 is STILL being questioned over his talent level. Put simply, Max Verstappen can make anybody look bad. Verstappen is the one man who could feasibly challenge the black arrows this year. Despite crashing his car during the parade lap on the weekend, Verstappen, thanks largely to his mechanics, managed to split the Mercedes for P2. Super Max has the talent, the problem is his car.

Verstappen crashing before the race has started

Entering this season, Red Bull were supposed to be our saviours and finally pose a genuine threat to Mercedes’ dominance. The reality is that is simply not the case. The RB16 apparently has ‘anomalies’ preventing it from challenging the Mercedes. Albon and Verstappen have been audibly frustrated all year, their qualifying pace is slow and there seems to be a genuine lack of power. If Verstappen was somebody less freakish, this team would be placed firmly in the midfield rather than as the tenuous number two.

The pink panthers, surrounded by scrutiny, are a genuinely good racing outfit this year. Having seemingly dodged Renaut’s appeal, Racing Point and their brake ducts were free to flex their muscles in Hungary. The cars were quick in qualifying, earning them a locked out second row. That pace translated itself to race-day as well. Lance Stroll made his father proud with an impressively managed P4 while Sergio Perez overcame a bad start, neck pain and swirling rumours to fight his way to P7.

Racing Point are racing their way into contention

They need a podium to truly distance themselves from McLaren and Ferrari but Racing Point are kings of the midfield for now. What’s scary is that Red Bull are well within reach for ‘Checo’ and Stroll. Silverstone is a huge opportunity for them to claim a place behind Mercedes as constructor number two.

It is a tad surreal, considering Ferrari as a midfield team but this year, that is exactly what there are. Qualifying was the best it’s been in 2020 for the Scuderia, with Leclerc and Vettel locking down the third row. It should have been the perfect opportunity for an improved car that is supposedly better on race-day and has two very talented drivers at the wheel. Unfortunately, a diatribe of mistakes prevented any sort of positive outcome.

Vettel became the victim of a bad pit-stop and traffic in pit-lane during lap 3, losing him seven seconds and a couple of places. Mistakes in pit-lane are largely inexcusable but what was even more egregious was the decision making of Ferrari. Charles Leclerc was the only lead driver to be put out on soft compound tyres in a decision that effectively tanked the Monegasque’s race. Leclerc went from P6 to P 11 on those tyres in 17 laps. He should have been brought in earlier but Ferrari kept him out there for fear of rain that never came. What is especially scary is the fact that they were going to put Vettel on the same strategy until the German overruled the decision. Regardless of who is at fault for the failure of Ferrari, this team is officially a member of the midfield.

What a disheartening race for the darlings of Formula 1. Carlos Sainz toiled his way to P9, his worst finish in Hungary since 2015. On the other hand, Lando Norris failed to recover from a shocking start and slotted in at P13.

Right now, McLaren are third on the Constructor’s Standings but their position there is tenuous at best. Racing Point proved their superiority this weekend and Ferrari have outraced McLaren both times the scarlet cars have actually driven further than a lap. Norris and Sainz are still incredibly talented and this car is still above average. Nobody can take away Norris’s podium in Austria either. Unfortunately that podium does now look like a one-off born from the manic nature of that race rather than McLaren taking the next step.

Three races, three peaks of P8, how aptly middling. The RS20 is a definitively middle-class car. Reliability and power unit issues still plague the black and yellow machines and the people in charge seem to relish making things as difficult as possible for their drivers. Whether it’s choosing the wrong strategy in qualifying or failing to let the faster driver race properly, Cyril Abiteboul and his team seem incapable of making the right decision.

Danny Ricc thinks his car can compete with Racing Point

Daniel Ricciardo may genuinely believe that his car can compete with Ferrari, McLaren and Racing Point. For the viewers, that seems little more than a pipe-dream. The most exciting thing about Renault right now is probably their incessant need to pester Racing Point.

The teams that are in between

Pierre Gasly has enjoyed mixed results so far this F1 season. Austria P7, Styria P15 and Hungary, DNF. In what was his 50th race in Formula 1, the Frenchman barely got on the track all weekend. Gasly skipped FP1 altogether and reported a burning smell emanating from his engine in FP2. Having fixed those issues, Gasly romped his way to P10 on qualifying day, only for his engine to fail again in Q3. This prompted AlphaTauri to change the engine altogether for race-day, only for the gearbox to give way on lap 15.

Pierre Gasly is a guy who has looked capable of scoring points in every single Grand Prix this season. He did it in Austria, was robbed by a collision in Styria and now this. AlphaTauri are a team who cannot afford mistakes if they are to evolve into Red Bull’s sister team and become a permanent fixture of the midfield. Pierre Gasly is the man they need to take care of as well. Daniil Kvyat is strong but not spectacular. Pierre Gasly can earn this team some points so AlphaTauri need to fix these reliability issues before the drivers grid up at Silverstone. If they can, Torro Rosso 2.0 may find themselves leapfrogging Renault and competing with McLaren and Ferrari.

Also, in future, perhaps listen to your driver when he asks for slicks?

The race for last place

Guenther Steiner is a brave man. Having publicly engaged in a war of words with his driver, Romain Grosjean, all weekend, Steiner ceded to his driver’s expertise when it mattered on race-day. Kevin Magnussen and Grosjean both recognised the need for different tyres during their formation lap at the Hungaroring. Steiner listened and pitted them both prior to lights out and the decision paid dividends. Yes, both drivers received 10 second penalties as a result but it put them third and fourth early on in the race as everybody else followed suit and pitted for slicks. From there, it was up to the drivers to make the most of their gifted position and they just about pulled it off.

Haas strategised their way to points in Hungary

Romain Grosjean put his grievances aside and played the role of teammate perfectly. He held up the midfield and gave Magnussen room to move. Eventually, everybody passed Grosjean as he slipped to P16 but KMag was able to hold firm and finish a respectable P9. That was later changed to P10 due to the aforementioned time penalty but a point is still a point and Haas need every point they can get if they are to avoid last place in this year’s constructors standings.

Is this position warranted? Not quite. Still, for now, I stand by it. Williams, for the first time in a few years, are genuinely exciting.

Both drivers had the pleasure of reaching Q2 this weekend, a lovely birthday gift for Claire Williams. That was the second consecutive Q2 for George Russell as he makes the most of a seriously improved qualifying car. Unfortunately for him and teammate Nicholas Latifi, Williams’ race pace is still lacking. Russell started poorly and never recovered and Latifi fell victim to a pit lane mistake that tanked his car’s performance. The situation is still far from dire, there is real hope emanating from the Williams’ camp.

There are talks of big upgrades coming to the car in time for Silverstone. If these upgrades successfully address the aero deficiencies of the FW43, Russell and Latifi may well be pushing for points.

It may not be totally warranted, but for the simple reason of excitement and positivity, Williams take 9th.

Dire, disastrous, disappointing. All of the above.

Alfa Romeo are one of just three constructors who have the pleasure of housing a world champion driver within their team. That man, Kimi Raikkonen, has gone out in Q1 four times in a row and hates his car. His teammate, Antonio Giovinazzi, suffered the same indignity at Hungary as the two found themselves at the rear of the grid.

Yes, they have two points thanks to the furore in Austria. Yes, Raikonnen will always drive well on race-day. Yes, their car is sub-par and not competitive at all. Compared to Williams, the feeling around this team is one of abject misery. Giovinazzi was already under pressure coming into this season but neither driver has signed a contract for 2021…and Sergio Perez may well be on the move. 10th place for a morbid Alfa Romeo team who need to improve.

Is Gio’s time up? 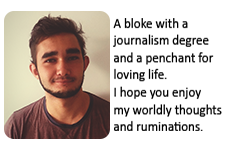 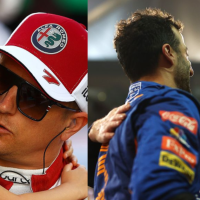 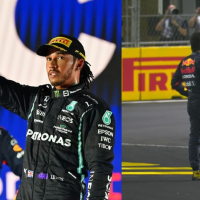 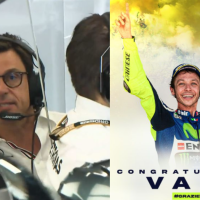